IVE hires Jess Ransley from MMW as it announces a string of promotions. 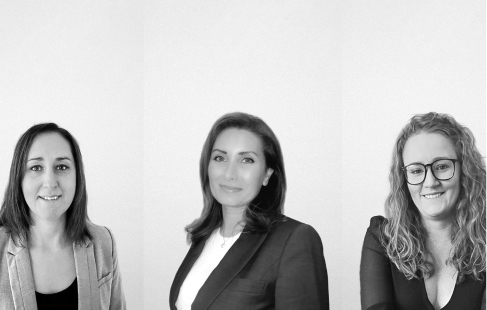 IVE (ASX:IGL) has today announced the appointment of three new leadership roles across its business. Leana El-Hourani has been promoted into a new group role as IVE’s Head of Governance, Risk and Compliance, Rachel Baldovino has been promoted to General Manager of Data-Driven Communications in Victoria and Jess Ransley has been hired from MMW as General Manager of Data-Driven Communications in NSW.

“It’s great to be releasing positive news during these times” said IVE Group CEO Matt Aitken. “I couldn’t think of two more deserving people than Rachel and Leana to be promoted. We’re very excited to be welcoming Jess to our Data-Driven Communications offering too. I have no doubt all of them will continue to be fantastic leaders in their new roles”.

Ransley was previously at MMW for 11-years in various roles ranging from National Account Director – Telecommunications, to Head of Sales and Marketing in more recent years.

Baldovino was at SEMA for 22 years prior to the business being acquired by IVE in 2017. Since joining IVE via the acquisition, Rachel has been the Head of Sales for Data-Driven Communications in Victoria.

El-Hourani, who joined IVE in 2015, has held multiple roles within its Data-Driven Communications offering including Head of IT, and most recently National Process & Compliance Manager.

Of the new appointments, Sean Smith CEO of Data-Driven Communications commented, “these senior changes mark an exciting time for IVE as we enter a period of transformation and growth. They also serve as a testament to our group’s ability to attract, retain and advance the best diversity of talent in the sectors we operate in.”

El-Hourani and Baldovino have already taken up their new positions with Ransley starting at IVE in August.

The growth of AI and its impact on communications

How can we help you?